For just over forty years, Italian wine in the world has had an Anglo-Saxon name – that of Neil Empson. New Zealander by birth, Italian by passion, he explored the wine peninsula and exported its hidden gems. The history of Bollini began in 1979. In the previous decade, Neil and Maria Empson had decided to export the high quality Italian wine to the world, subsequently they thought of creating their own brand from the Alpine spurs of Friuli and Trentino. Their aim was to show the excellence and consistency of the noble international varieties in the north-eastern regions of Italy, while maintaining an affordable price.

The first Bollini wine was launched as “a Chardonnay for every day”. Neil and Maria have always relied on teams of high-level professionals and two cutting-edge wineries, one in each denomination. The positions of the hills on which the vines are grown, the day / night temperature excursions, the complexity and minerality coming from the alluvial geo-history contribute to achieving concentrated and highly extracted fruits. Vinified according to the strictest quality standards, the wines are the perfect example of the Empson criteria par excellence. Neil and Maria also personally supervised the packaging. Maria Gemma Empson took the lead, thanks to her background as a painter and gallery owner.

The Bollini labels bear a particularly inspired series of vineyard designs made by Maria herself. Each illustration represents a vine whose branches extend as if to catch the fresh and clean air and the roots have penetrated the soil, reminding us of the old saying “the vine must suffer”. In 2010 Franco Bernabei, award-winning winemaker and friend of Neil and Maria, joined the Bollini project, creating the wines together with Neil himself. The following year, on the occasion of the celebration of this new era in the history of the brand, Maria revised her designs, keeping the vines but giving the packaging an even cleaner and more elegant appearance. 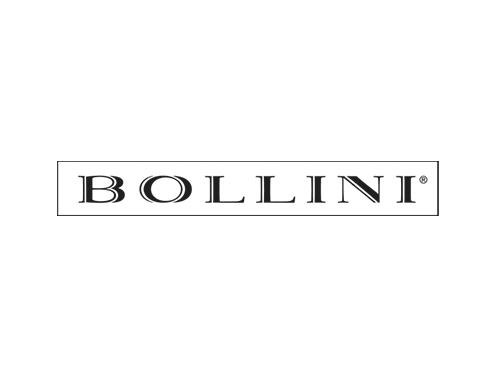